By: Martin Gustafsson
By LeeSeptember 13, 2021No Comments

This article was first published in The Conversation on 26-08-2021.

In South Africa, the ideal class size is tacit, and not explicit, as there are no class size norms. Instead, it is the available budget and negotiated teacher pay which drive the number of teachers, which in turn largely determines the average class size. But there are other factors at play too, as we’ll explain.

If South Africa were to lower the pupil-teacher ratio from the current 30 to a typical middle income country level of around 25, it would need an additional 100,000 teachers. Government spending on schooling is already fairly high, so it would be difficult to pay that many more teachers.

There is a window of opportunity which has received insufficient attention. Soon there will be a large wave of retirements among South African teachers, peaking around 2030 and ending in 2040. New, younger – and lower paid – teachers will have to take their place. But this opportunity comes with questions around the capacity of universities to rapidly increase the output of teacher graduates.

Around half of South Africa’s primary learners are in classes with more than 40 learners. About 15% are in classes exceeding 50 learners. The averages and inequality are considerably worse than what one sees in countries such as Chile, Indonesia, Morocco and Iran.

What explains the inequality? There are four key factors.

Firstly, though policy distributes teaching posts equitably, not all posts are filled all the time. Historically disadvantaged schools have the greatest difficulty filling posts.

Secondly, the policy doesn’t take classrooms into account. Based on enrolment, 20 teaching posts could be allocated to a school with 15 classrooms.

Thirdly, there’s evidence that poor timetabling and poor use of teaching time result in too many free periods for teachers, and too few classes being taught at any time. This is especially the case beyond Grade 3, where it becomes increasingly common for teachers to specialise in a curriculum subject.

The province a school is in plays a remarkably large role. Schools with similar learner-educator ratios end up with very different class sizes, depending on province. The following graph shows that in primary schools with an educator for every 32 learners, as an example, the percentage of the school’s learners in a class exceeding 40 learners differs vastly. In Free State and Gauteng, this figure is around 30% of learners. In other provinces, it more than double that.

The learner-educator ratios used in this graph include privately paid educators in public schools, so the presence of such educators does not explain the contrast. It seems much of the explanation would lie in different approaches to using teacher time. But this is an under-researched area.

A number of influential reports have argued that South Africa’s teachers enjoy the standard of living of teachers in a country like Denmark.

We conclude that evidence of sky-high pay among South Africa’s teachers is flawed. It is not just a problem with South Africa’s figures: Nigeria’s teachers are said to be better paid that those in several European Union countries.

We argue that existing international comparisons of teacher pay suffer from two serious problems. First, how pay is defined, for instance with regard to benefits and income tax, is frequently unclear, which raises comparability questions. Perhaps more seriously, purchasing power parity indices are less reliable than what is often believed. We deal with these problems by using household assets to provide what we believe is a more comparable indicator of purchasing power.

Our conclusion that the pay of South Africa’s teachers is in fact not abnormally high substantially weakens the argument that reducing class sizes by paying teachers less, and employing more of them, is a viable or justifiable option.

It is very clear from the current age structure of the teacher workforce that there will be a large wave of retirements until 2040. The expected surge in the inflow of younger teachers, who begin their careers at entry level salaries, will be large enough to reduce average teacher pay in real terms by as much as 15%, according to one estimate, over a period of just over ten years.

The demographic dividend will not be large enough to increase the teacher workforce by the 100,000 mentioned above, yet with careful planning, and careful negotiation between the employer and unions, one outcome could be a reduction in South Africa’s large classes.

The flipside of this dividend is that universities will need to approximately double their annual teacher graduate numbers between now and 2030.

New research, involving the Department of Basic Education and other stakeholders, on the precise effects of the demographic shifts is set to be released later this year. This will provide another piece in the puzzle of teacher supply and demand.

This publication was produced with support from the Teaching and Learning Development Capacity Improvement Programme, a partnership programme between the Department of Higher Education and Training and the European Union. Its contents are the sole responsibility of Martin Gustafsson and Tsekere Maponya and do not necessarily reflect the views of the Department or the European Union. 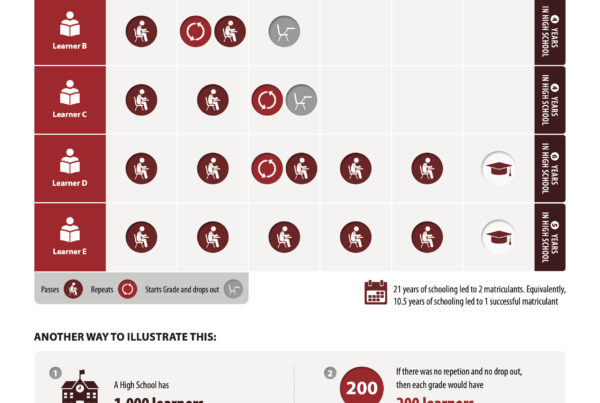 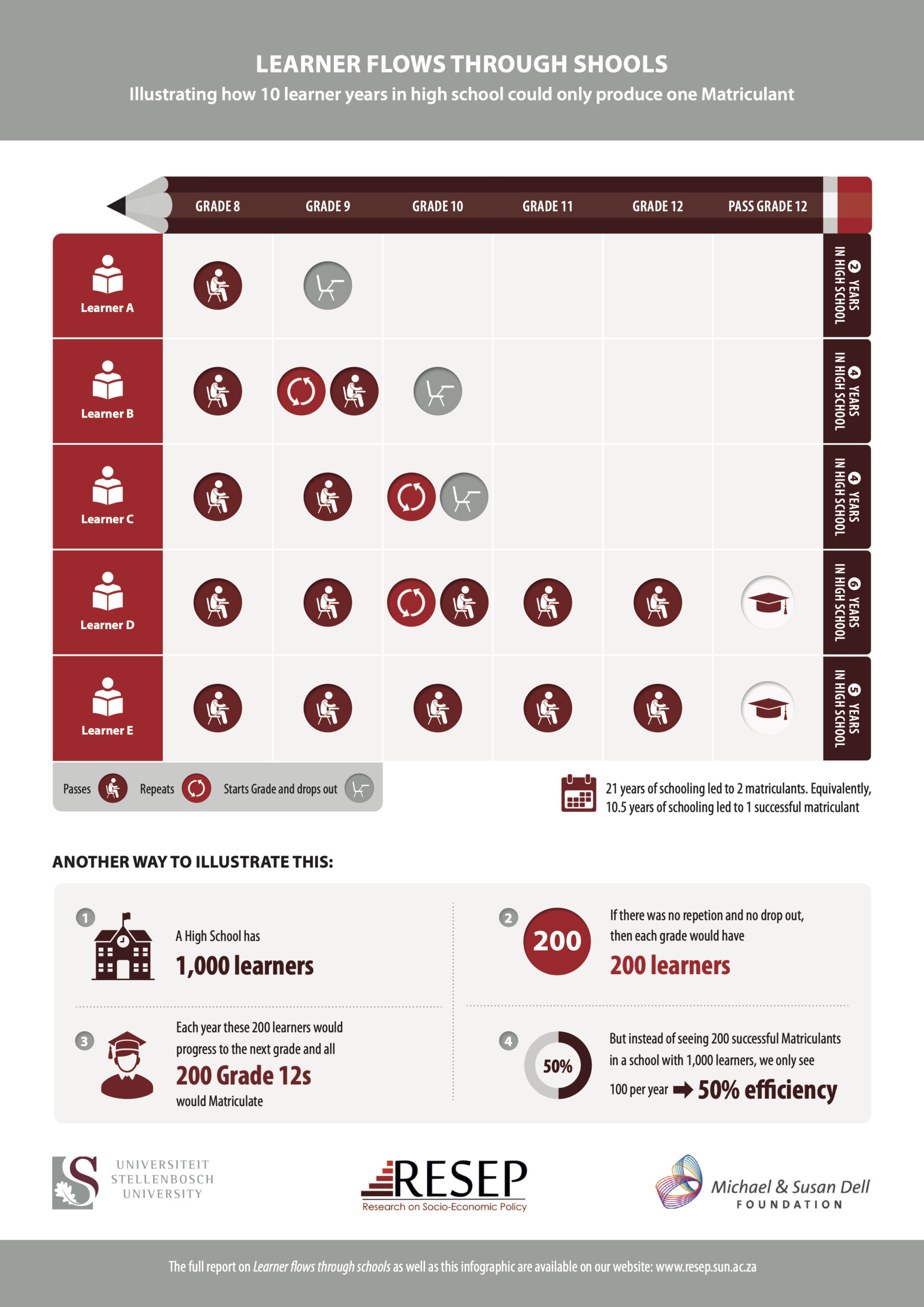 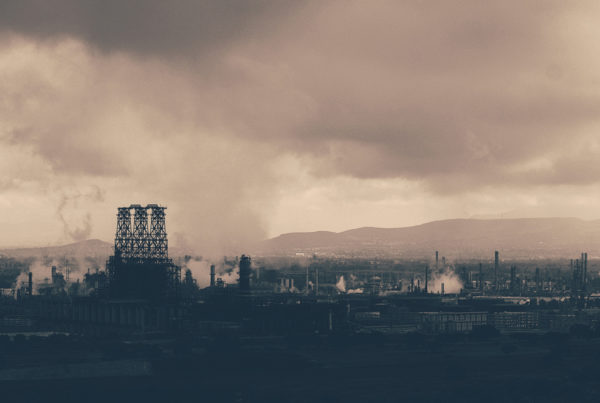 As Visiting Fellow with the Institute of Social and Economic Research (ISER) at Rhodes University, Martin Gustafsson recently produced a policy and literature review titled ‘Carbon taxes and the attainment of emissions reductions targets in South Africa: A critical stocktaking of recent analyses and policies’.