New evidence, however, shows that repetition rates have declined notably over the past six years in the Western Cape thanks to targeted interventions. This conclusion was reached by RESEP’s Chris van Wyk, who employed longitudinal cohort tracking to generate a more comprehensive representation of learner progression through the basic education system. Dr Van Wyk’s working paper was recently featured on Econ3X3, where he discusses in detail the methodology, the dataset, the progress of the cohort in both the primary and secondary phases, and unpacks what greater rates of learner promotion could spell for the education system in terms of efficiency and budgetary considerations. Most importantly, Dr Van Wyk outlines several potential areas that seem to have contributed to these efficiency gains.

The analysis makes use of individual learner records to compare differences in repetition and progression from earlier years to a more recent cohort that was tracked from 2007, when they started Grade 1, to 2019, by which time many had matriculated. This builds on previous research (Van Wyk, Gondwe & De Villiers, 2017) that looked at a shorter time frame. Dr Van Wyk found strong evidence to suggest that since 2015, the repetition rate for this cohort declined markedly. As indicated in the table below, significant reductions in repetition rates in grades 1, 9 and 10 have been achieved in the past six years.

Table: Repetition rates in selected grades in public schools in the Western Cape by grade and year, 2012 and 2018 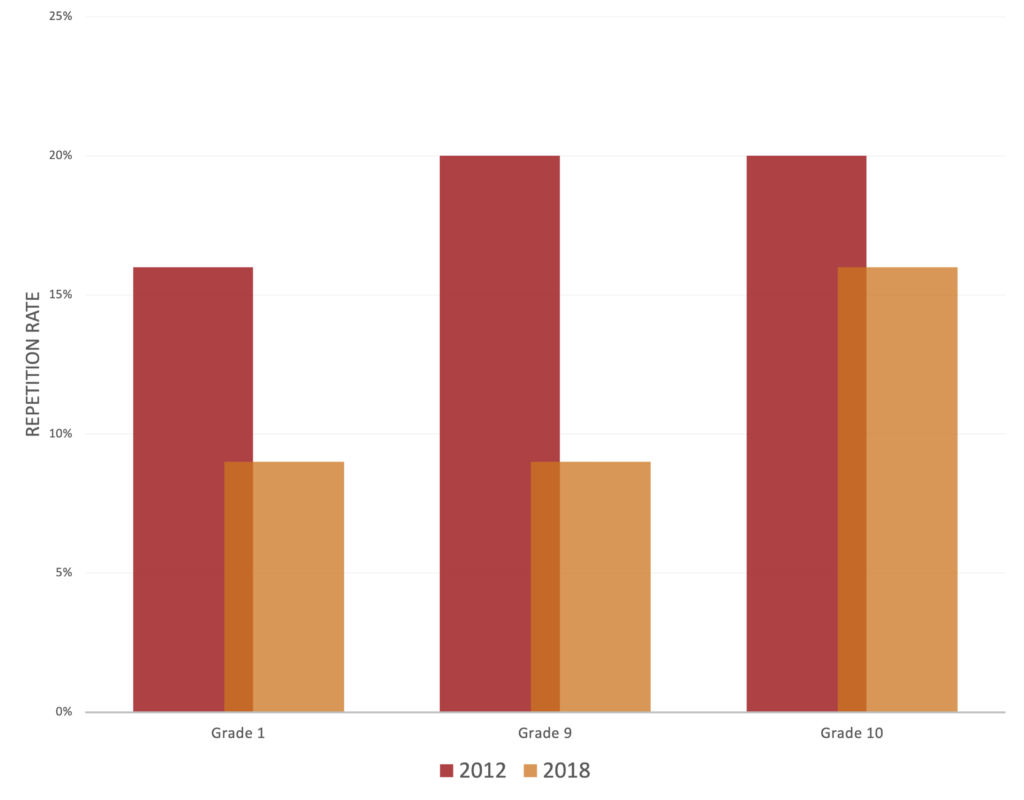 Previous findings have indicated repetition to be an—if not the most—important predictor of dropout. Therefore, longitudinal results such as these can hold important lessons for policymakers in other provinces with regards to the types of interventions that improve internal efficiency as well as reduce dropout and repetition. In the case of the Western Cape, for example, it is clear that a more lenient repetition policy need not sacrifice education quality. Additionally, where repetition does then occur, longitudinal data can assist in identifying learners in need of remediation. All of this would assist in preventing the vicious cycle of high rates of repetition which are known to lead to the slow progression and large dropout that are so costly to the system.