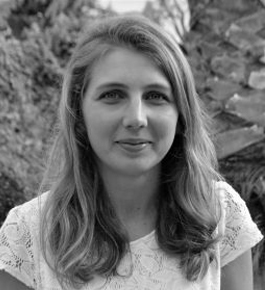 Chloé completed her BBusSc in Actuarial Science through the University of Cape Town in 2014. As a part of her degree, she collaborated with GRS Actuarial Consulting in Stellenbosch on a research project and has since been employed by GRS as an Actuarial Consultant. At GRS she is involved in calculating losses for third-party claims (predominantly for the Road Accident Fund), using and developing statistical models linking education and income progression, and researching with Popii (Population Income Information).

She continued her studies in Economics at the University of Stellenbosch, where she is currently involved in a Master’s programme. Her main focuses are Developmental Economics and the Economics of Education and Healthcare. Her Master’s thesis will concern hospital performance measured using health outcomes. Chloé has been involved as a Researcher with RESEP since June 2015.

The period effect: the effect of menstruation on absenteeism of school girls in Limpopo

Bargaining to work: the effect of female autonomy on female labour supply

The effect of old age pensions on child deprivation: revisiting the role of gender